Huge congratulations to Alf Archer, a person with over 27 years lived experience of brain injury, who received the prestigious Paul Harris Fellow Recognition for his contribution to the Rotary Youth Driver Awareness (RYDA) Program on 13 October at a Rotary lunch at the Hotel Grand Chancellor in Hobart.

A Paul Harris Fellow Recognition is Rotary International’s second highest award and is awarded to a person who has been recognised as having done something significant for others.

Alf sustained a traumatic brain injury as a result of a high-speed motor vehicle crash in 1994. Motivated to share his story to make young people more aware of the potential lifelong outcomes of high-risk behaviour, Alf has been co-presenting the Crash Survivor, and the later re-named Crash Investigator, sessions every year since the RYDA Program began in Tasmania in 2006.

RYDA is a community road safety initiative delivering practical road safety information targeting the attitude and awareness of young drivers and passengers. Fully funded by the State Government, the program is available each year to all Tasmanian year 10 students. Rotary volunteers facilitate and manage the program.

Paul Harris was the founder and organizer of the first Rotary Club in Chicago in 1905.

“When the question is asked of the over 50,000 students who have participated in the RYDA Program in Tasmania to date: 'What session had the most impact?' the answer is invariably 'Alf’s'", Ms Cooper said. 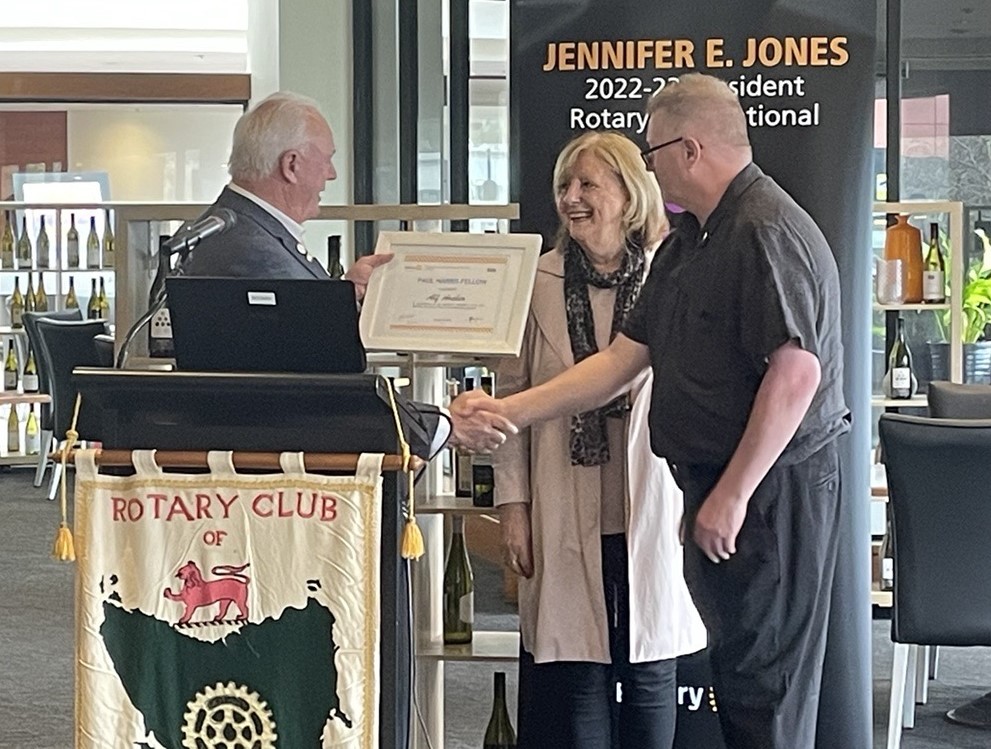 Gaia Shoham has met her goal!

Congratulations to Gaia and all her supporters and a huge thank you to those who donated to support her effort!