Gaia Shoham has met her goal!

Congratulations to Gaia and all her supporters and a huge thank you to those who donated to support her effort!

Gaia’s 50 days in a row swimming at least 500 metres a day to raise awareness of brain injury and to encourage donations to the Brain Injury Association of Tasmania officially ended on 26 September with a 2.2-km swim. Her daily updates were posted on her Facebook page.

Gaia, now 23, received a traumatic brain injury from a catastrophic 6-metre fall at the Salamanca precinct in Hobart on 8 July 2018.

There were benefits across the board, Gaia says. For example, she reports that when she started swimming on Day 1 that she had to stop for a break after each and every pool length. By Day 50, she says modestly, “I’m now able to go longer.”

But the benefits of swimming – a low-impact exercise – weren’t just physical. “It’s common with brain injury to be a bit erratic and brain injury can sometimes be an excuse – like anything can be. I proved to myself I can keep to things. I can have a goal. I can commit”, Gaia says.

Gaia reports that her muscle tone improved but that she didn’t lose much weight. Why? “With my brain injury, and it’s common, the appetite controls in my brain have been affected. I don’t get the typical signals that I’m full.”

Regular exercise had a positive effect on Gaia’s mental health. “But it’s still up and down. Some days swimming has a big effect on my mental health, other days not. But swimming gives me something to do each day, which is great. Swimming’s a habit now.”

Gaia has new goals and new plans. “Maybe 50 days of stretching exercises. Stretching is so important”, she says. And then there’s the 2023 Byron Bay Ocean Swim Classic on 7 May. “I’m thinking about the 2.2-km swim”, she says, if some medical procedures she needs don’t interfere.

And the immediate future, aside from continuing to swim regularly? Last week, Gaia started doing boxing drills 3 days a week. “The drills are really good for improving my balance and maybe helping to fix nerve damage on my right side”, she says. And she’s already put the wheels in motion to get the NDIS to pay for the gym visits.

Should anyone question her determination and ability to achieve that dream? After these 50 days, doubting Gaia Shoham would be foolish indeed.

Heartfelt congratulations and thanks again to Gaia and all her supporters from the Brain Injury Association of Tasmania! 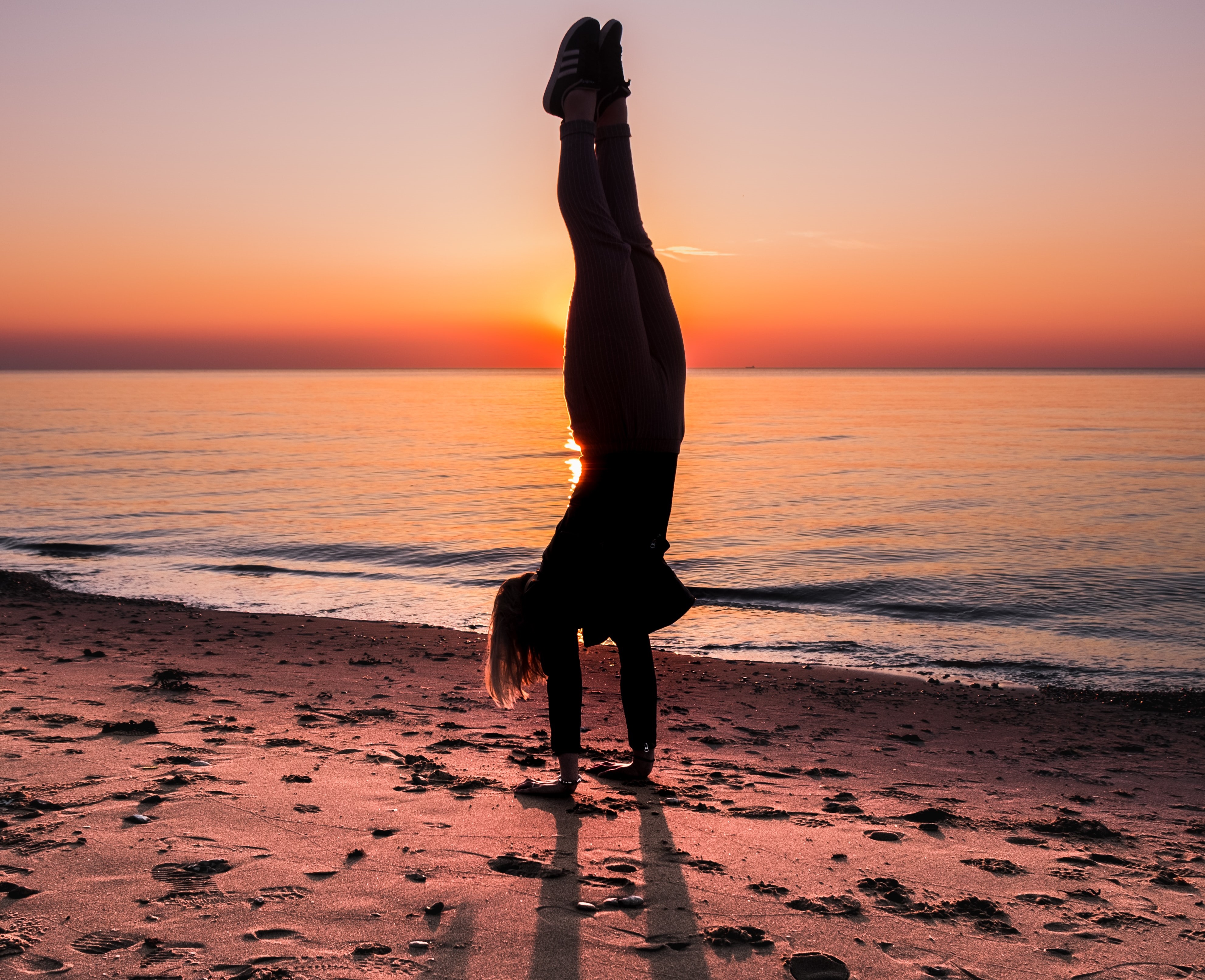