She does remember being scared and crying as she was transported to an ambulance because she could not remember her name or where she was.

The 18-year-old Launceston College student shared her story online on Thursday for Brain Injury Awareness Week – a cause she did not know existed until she “needed it”.

In March last year, on the final stage of the last practice day of the world event in New Zealand, Flint fell face first off her bike, down an embankment and hit a tree.

“I don’t cry very often, but I remember being in the back of the buggy that took me to the ambulance and I actually just cried,”she said.

“I was so scared. I knew I was hurt, but I was okay. I wasn’t even crying because I was sore. I was just so unsure of what was going on.”

Flint was taken to hospital with spinal injuries and a concussion where she waited “a long time” for test results.

“Once I finally got discharged the next day, I sort of just felt like I’d been hit by a truck.

“I was lost. So completely lost.”

Flint said head injuries were not as talked about or well researched as other injuries, but could impact all aspects if life.

For a while she lost her and would repeat herself and mix up her words.

Returning to school she would get tired during the day, forget where she was walking or catch the wrong bus.

Flint said without her former confidence, she did not know who she was anymore, but now has a new appreciation of life and a new set of goals.

She said it was hard to share some of the more emotional details of her story on Thursday, but wanted to help others not feel so alone raise awareness.

An estimated 2.2 per cent of Tasmanians live with brain injury.

The week, ending Sunday, serves to remind people that brain injury can happen to “anyone, anywhere at any time”.

Brain injury Association of Tasmania executive officer Deborah Byrne said BIAT was pleased to be able to share Flint's story on the “real life impacts of concussion” as part of the week’s events calendar. 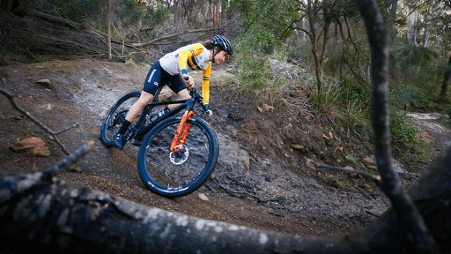