For the thousands each year who are affected after a stroke and are doing their best to recover, Hobartian René Rime sets a wonderful example of tenacity, courage and recovery after two strokes five years apart.

René arrived in Australia in 1972 after completing his apprenticeship in fine furniture design in his native Switzerland. He was 25.

René did everything from drawings and model-making for clients who included the Tasmania Parks and Wildlife Service and the Australian Antarctic Division. He was a textile designer for Sheridan in Hobart for 12 years too. One of Rene’s fine furniture and woodworking specialties was marquetry, with one item designed and made from 2,500 individual pieces.

He and his life partner Libby, who is a self-taught designer, set up Rime Chan Design and they spent some 13 years in Towoomba, where René became a qualified cabinetmaker. They met at English-language classes in Hobart, married in 1973 and have two kids and four grandchildren.

Back in Hobart since 2005, René suffered his first stroke in November 2017, with his left side badly affected, and his second about 18 months ago, in bed at 5 a.m. But Libby was there and acted immediately. His balance and speech were affected by the second stroke, but after two weeks in hospital because he could handle the physio’s exercises, he was sent home. Today, René’s speech and balance have recovered extremely well.

René says, “I’m more emotional now” after two strokes. The tears flow easily when music or the news affect him. His solution? “I carry a bigger hanky now.”

His experiences in hospital twice have affected him too. “I appreciate how lucky I am. I saw so many worse off than me.” He instantly pays tribute to the hospital staff from both his strokes and to Libby. “So many people around the world don’t even have one person to help them.”

But René isn’t defined as a person by his strokes, or for that matter his recovery from them nor his rich working life.

Music, in all its forms and facets, and volunteering, have been ever present in Rene’s life. His father and uncle were choristers in the church choir from a young age. Rene’s attachment to all things musical spans flugelhorn playing as a young man in Gruyères to his 40 years of conducting and singing in various Hobart multilingual Swiss, German and French choirs, including today’s German Choir and Meli-Melo Choir.

René being René, he conducted and sang with both choirs at a benefit concert for Ukraine in late August 2022 at St John the Baptist Catholic Church in Glenorchy that he organized and coordinated. If that wasn’t enough, he painted and donated an original watercolour painting for the benefit’s silent auction, whose imagined scene, both beautiful and terrible, was of a young girl and her cat looking at the grim destruction to their city wrought by Putin’s invasion.

In the midst of all that, René was hand carving a plaque for his older sister Simone back in Gruyères to the memory of his brother-in-law Georges. Made from Huon pine, it will easily survive the Swiss weather and climate for many decades to come.

Recovery from stroke is partly about rapidly seeking emergency medical care as soon as possible.

Every minute counts to maximise recovery!

Recovery is also about the person and the support they get.

René’s and Libby’s tenacity and audacity in all they do show us that perseverance, determination, hope, resilience and support make all the difference in the world. 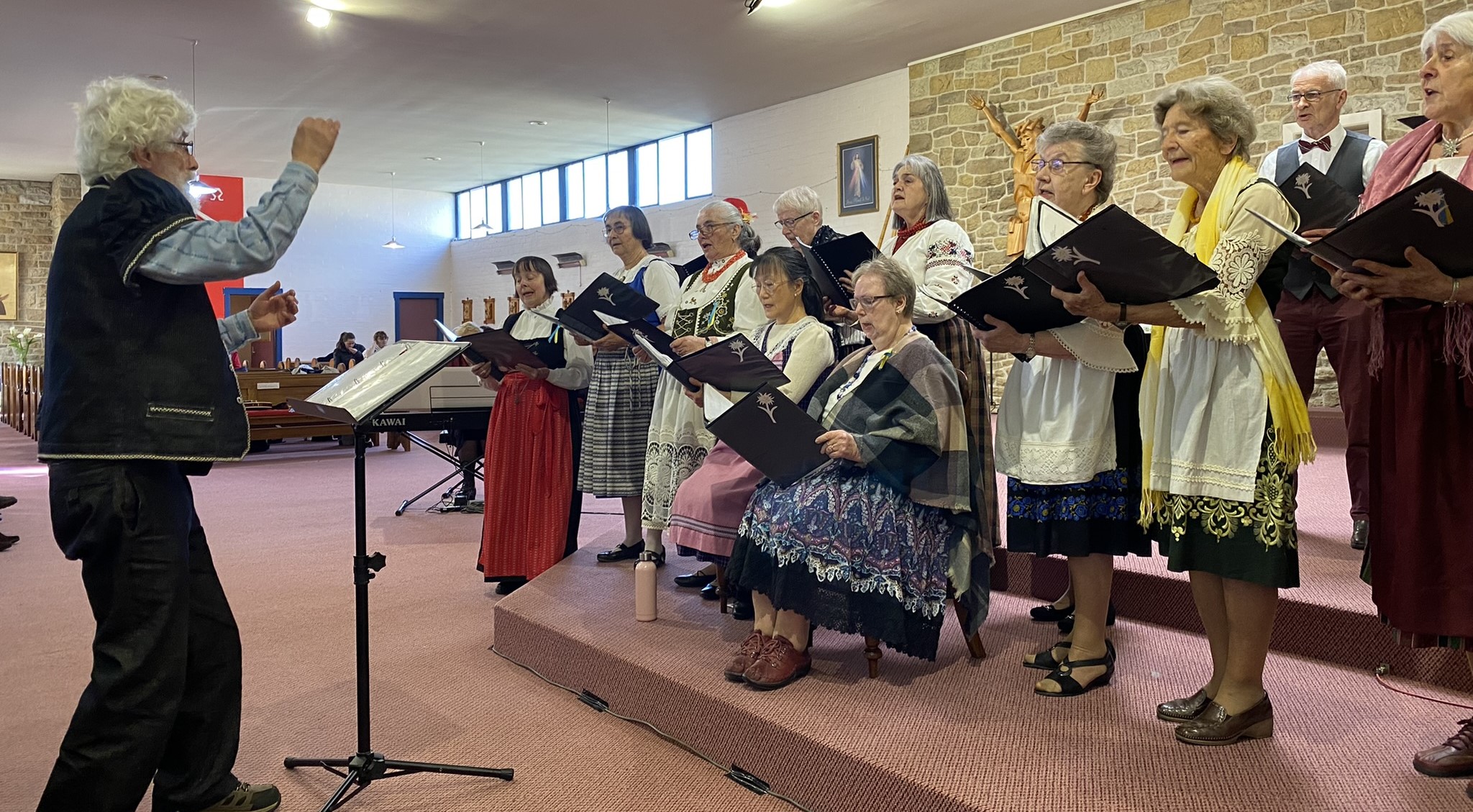